A NEW lord of the locomotion is set to put the chicken stock back into the rolling stock as part of a new Bellarine Peninsula attraction.

Greg Egan has been appointed as The Q Train’s head chef with plans on track to open the railway-themed restaurant within months.

Mr Egan started with the new business last week, the latest chapter in a two decade-long career in the hospitality industry.

He started his apprenticeship as a 16-year-old, and since then has worked in the Barossa Valley, at Melbourne restaurant Ézard as well as the Brougham Arms Hotel in Bendigo.

The Bendigo stint resulted in a number of Golden Plate Awards, including best chef in the 2013 and 2014 regional awards. “It’s really exciting to be part of something like the Q Train which is starting from the ground up,” Mr Egan said. “The feedback already has been really positive.

People love the idea of going out for a quality meal while enjoying some scenic travel at the same time.”

Mr Egan said his menu will have a modern Australian theme with Asian influences as well as using produce sourced from the Geelong region. A date for the Q Train’s official opening is yet to be set but its owners say it will be operational ahead of the summer tourist season. 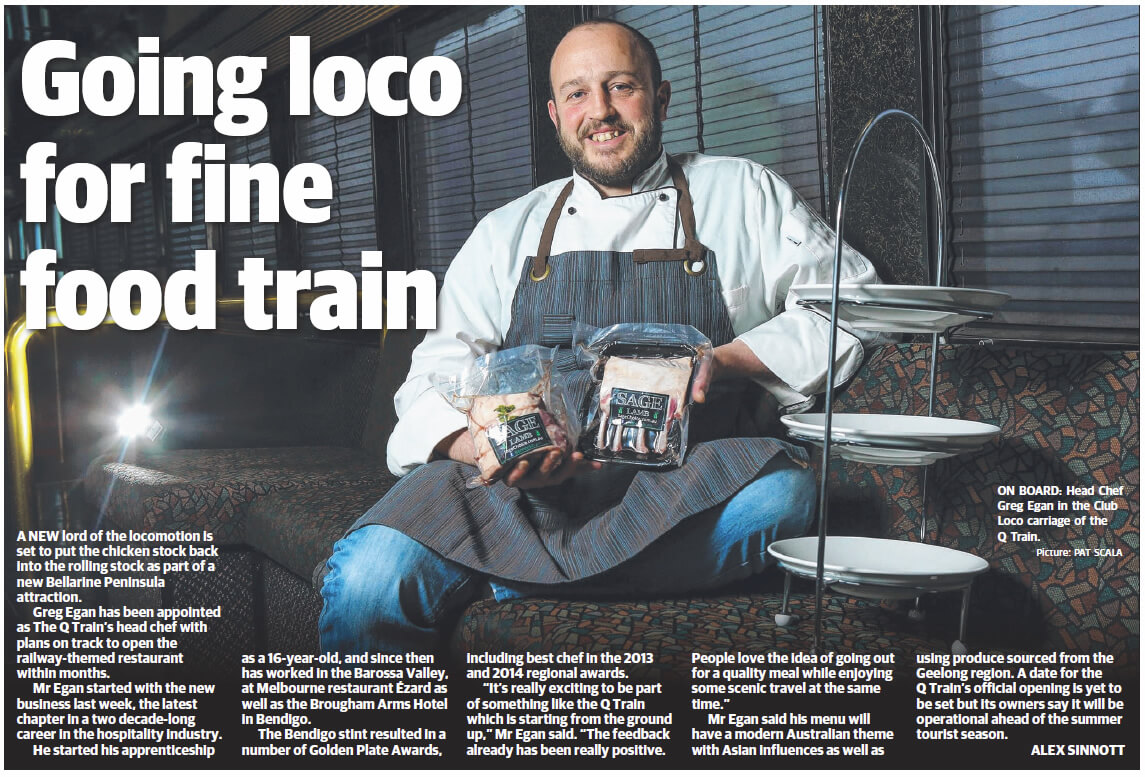 Media 17
Share this post:
Down the track with The Q Train Previous
The Q Train ready to roll! Next